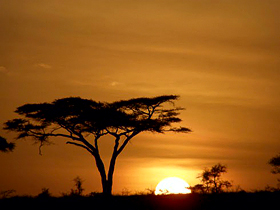 Active oxygen species are produced by some of the important organelles like chloroplast and mitochondria through their electron transport chain even under normal environmental condition but the rate of active oxygen species (AOS) production increases many times in response to different abiotic stresses. Plants has antioxidant enzymes system like ascorbate peroxidase (APX), catalase, SOD, GR etc. which helps in reducing the AOS produced inside the plant system in order to protect the key enzymes from AOS. In present investigation, expressions of many new proteins were observed in thermo tolerant (8 in case of C306) and susceptible cultivars (2 in case of PBW343) at different stages in response to heat stress. Isoenzymic profile of APX in response to differential heat shock revealed the expression of 8 APX isoenzymes in C306 (thermo tolerant) compare to 2 in PBW343 (susceptible) cultivars of wheat. A stage specific study revealed the expression of 5 APX isoenzymes at vegetative, pollination, milky dough and seed hardening stages (C306) whereas, 3 APX isoenzymes were observed during milky dough and seed hardening stages in PBW343. It is clear now that high expression of endogenous APX isoenzymes supplements the antioxidant enzyme systems of the plant and protects the plant from oxidative damage in response to biotic and abiotic stresses.