Many fungi produce toxins, antibiotics, and other secondary metabolites. For example, the cosmopolitan (worldwide) genus Fusarium and their toxins associated with fatal outbreaks of alimentary toxic aleukia in humans were extensively studied by Abraham Joffe.Fungi are fundamental for life on earth in their roles as symbionts, e.g. in the form of mycorrhizae, insect symbionts, and lichens. Many fungi are able to break down complex organic biomolecules such as lignin, the more durable component of wood, and pollutants such as xenobiotics, petroleum, and polycyclic aromatic hydrocarbons. By decomposing these molecules, fungi play a critical role in the global carbon cycle.Fungi and other organisms traditionally recognized as fungi, such as oomycetes and myxomycetes (slime molds), often are economically and socially important, as some cause diseases of animals (including humans) and of plants. Apart from pathogenic fungi, many fungal species are very important in controlling the plant diseases caused by different pathogens. 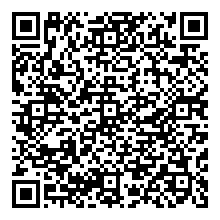