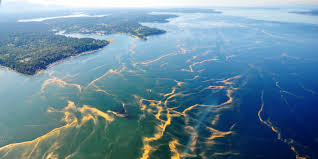 "Traditional religion and natural resources" : A reflection on the significance of indigenous knowledge systems on the utilisation of natural resources among the Ndau People in South-eastern Zimbabwe

The depletion of natural resources is one of the greatest challenges with far reaching consequences if sustainable environmental management programmes are not properly put into practice in Zimbabwe. The major contending issue, however, is how the exigency of sustainable environmental management can be contextualised in light of the local indigenous knowledge systems. Although literature is abound on the recommended environmental conservation models, it is heavily influenced by western scientific discourses whose perspectives are far removed from the existential realities of local populations. In our observations, Africans were and still conscious of the devastating consequences of the unsustainable utilisation of natural resources, which the Shona people call, zvisikwa. This concept of zvisikwa is constitutive of a deep-seated symbolism whose interpretations and meanings are rooted in the religio-cultural milieu of the locals. Specifically, this study is carried out among the Ndau, a Shona linguistic group in south-eastern Zimbabwe. The traditional utilisation of natural resources is systematic and rational as people acknowledge the ability of land to continue to regenerate itself. It is this perceived paradigm of indigenous knowledge systems that the study embraces as it guarantees the continuity and harmony of the socio-cultural networks that ensure the survival of rural societies.