Myostatin is a negative regulator of animal skeletal muscle development and SJ01 is a microsatellite locus flanking porcine myostatin gene. In the present study, the polymorphism of microsatellite SJ01 in three pig populations, that is, Duroc (n = 420), Yorkshire (n = 414) and Landrace (n = 119), were investigated, and its associations with birth weight and early growth traits were analyzed. The results indicated that genotype BB was predominant in Yorkshire pigs and allele B was predominant in both Yorkshire and Landrace pigs, whereas allele A was more prevalent in Duroc pigs. Among the three pig breeds, Duroc population had the highest
heterozygosity and deviated from Hardy-Weinberg equilibrium (P < 0.05). The average daily gain from 28 d to 70 d in Yorkshire pigs and the body weight at 70 d in Landrace pigs were significantly different between SJ01
genotypes (P < 0.05). These results suggest that microsatellite SJ01 is a potential DNA marker for early growth trait selection in Yorkshire and Landrace pigs as well as for refining QTL for early growth traits on SSC15 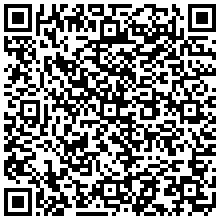