The problem of housing is global, evident in developed and developing countries, likewise in rich and poor nations. Social stability, work efficiency and the development of the individual’s physical and moral health attainments is dependent on housing. Individual home ownership had been the policy thrust in Nigeria since independence. The removal of fuel subsidy, low levels of mortgage lending and lean household budget, the declining value of the Naira due to inflation, the poor propensity to save and the rising cost of building materials had been the bane of low demand for housing. Nigerians have therefore been prompted to approach the informal sector such as the cooperative societies to providing a virile and viable system to meet all pecuniary needs that include housing. This paper considers the lending policy of cooperative societies and how it affects the provision of housing in Akure, the Ondo State capital. Questionnaires were administered on 683 houses-owners in Akure. The data were subjected to statistical analysis. The result of the survey indicated that all the sampled cooperative societies pooled together members’ monetary contributions to form their main source of working capital. The societies supplemented their working capital from the deductions at the source of payment of the salaries of their members. The results of the chi square analysis test conducted between the different criteria which the cooperative societies followed in approving loans for members and the actual number of members given loans revealed that none of the criteria were significantly related to the loans given for housing projects. This is because all the p-values were higher than the 0.05 level of significance at which they were tested in the study. This implies that none of the criteria used by the cooperative societies discouraged members from accessing loans for housing projects. It is recommended that the cooperative societies should source for funds by investing in government bonds or go to the foreign exchange market to source for loans at low rates in order to raise capital for lending to homeowners. 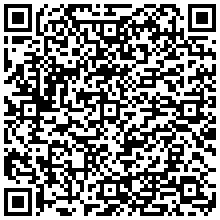